The 21st edition of Cibus di Parma, the international food fair, ended on Friday 6 May and we at Caseificio Longo were there, as always, to introduce a large and interested public to the Piedmontese dairy excellence that we have represented for over 70 years old.
After the 2021 edition (which exceptionally took place at the beginning of September with already quite interesting numbers), the edition from which we have just returned confirmed Cibus as the reference point for bringing us producers, buyers and professional operators, both Italian and international.
Although the global situation is still complex for various reasons, the numbers of the 2022 edition were very important: we were among the three thousand exhibitors, and we were able to make our excellence known to over 60 thousand visitors (including over three thousand foreign top-buyers ).
We welcomed these visitors in the "Bosco dei Tomini", a stand that immediately captured the attention of visitors: our Tomini, both those in roll and that of the Woodcutter, ideally guided those present on an itinerary of taste, between the Seirass Road and the Tomino Valley.
All accompanied by many gourmet tastings prepared by our chef Fabrizio Frasca, different for each of the four days of the fair, where our products have always been delicious protagonists.
We are happy and proud to have been there because, as communicated by the organization, this edition has once again demonstrated how the Made in Italy agri-food thanks to its roots and traditions is synonymous with absolute quality not only for catering, as has been the case for decades. , but also for retail. Such an important response from the public has ensured that next year Cibus will be scheduled for 29 and 30 March, in harmony with Vinitaly, the other great Made in Italy fair. 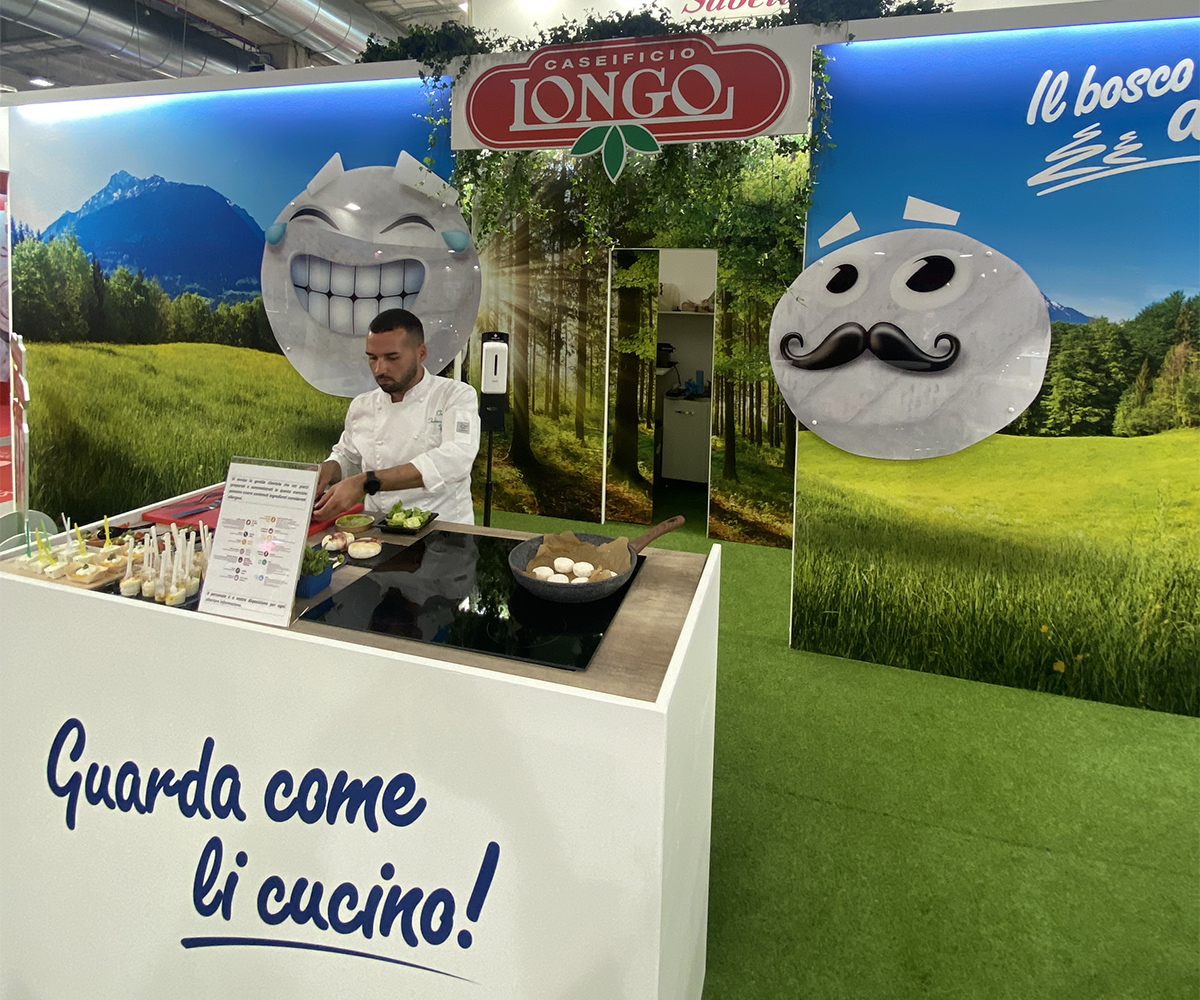